If you are looking for an app that will let you make your own music, Loop Maker Pro is a perfect option for you. With this app, you can create loops and beats that will let you create the perfect soundtrack for your project.

Whether you are a musician looking to create new tracks or just someone who wants to experiment with making music, Loop Maker Pro is a great tool to have in your arsenal.

Loop Maker Pro is an effective music maker app that lets you create and edit loops on your android device. You can choose from a variety of sounds and instruments to create your loops, and then save them to your library for later use.

It is a great tool for songwriters and musicians who want to create original music without having to learn complicated applications. The app is easy to use and has a wide variety of sounds and instruments to choose from.

One of the best things that I like most about this application is its ability to record vocals which can be done by either plugging in a microphone or using your smartphone’s built-in microphone. The recording process is very easy and only takes a few minutes to get started. After the vocals are recorded, they can be edited to perfection using the many tools available in Loop Maker Pro.

You can use the built-in effects to enhance your vocals or add additional instruments to the mix. Similar to Drum Pad Machine, Loop Maker Pro offers a variety of lessons that teach users how to create beats, melodies, and chord progressions. These lessons can help users learn how to use the app and create better music.

Since the Loop Maker Pro, music producers and hobbyists have been taking advantage of its FX effects feature to add a new layer of creativity to their music. There are lots of FX effects available in Loop Maker Pro and some of them are described below:

The delay effect is used to create a sense of space and depth in the audio signal. It can be applied to individual tracks or groups of tracks. The amount of time between the original signal and the delayed signal can be adjusted to create different effects.

The reverb effect is used to simulate the sound of acoustic spaces such as rooms and halls. It can be applied to individual tracks or groups of tracks. The size and shape of the simulated space can be adjusted to create different effects.

The distortion effect is used to add warmth and character to audio signals.

Loop Maker Pro also lets you create professional-sound music tracks. Apart from its wide range of features, it also comes with a Soundtracks Library, which provides you with a collection of sounds and loops that you can use in your music tracks.

The Soundtracks Library contains a variety of sounds and loops, including drums, basses, guitars, synths and effects. This means that you can create great-sounding music tracks without having to purchase any additional software or sounds.

Once you have found a soundtrack that you like, just click on the download button and it will be added to your Soundtracks Library. You can then drag and drop it into your project whenever you want. This is a great way to add some variety to your music without having to create the sounds yourself.

Loop Maker Pro Mod Apk is a modded version of the official Loop Maker Pro – Music Maker application with the help of which you can take your music-making capabilities to the next level.

Premium Unlocked – In the Loop Maker Pro Mod Apk, you will get a premium subscription unlocked for free which means you can access any paid feature without spending a single penny.

Loop Maker Pro Mod Apk is undoubtedly the best music maker app that comes with an intuitive interface. The layout of the application is easy to understand, and the buttons are large and easy to press that eventually making the application easy to use for people of all ages.

The application has a variety of features and is continuously added by the developers that allow users to create their own music. These features include a library of sounds and instruments, as well as the ability to record your own vocals or instruments. The app also allows you to create loops, which can be used to create songs.

You are now ready to download Loop Maker Pro for free. Here are some notes: 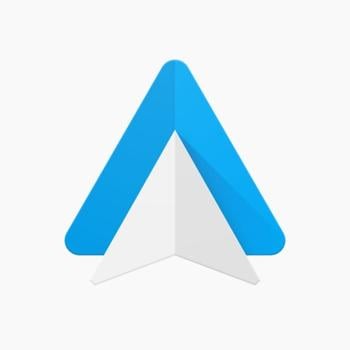